We can admit it…we’re probably a teensy bit biased when it comes to solar power. But can you really blame us? Solar energy is both renewable and cleaner for our environment, and is helping to pave the way towards a new energy future for Hawaii and the world in the decades to come. That all certainly sounds pretty good…but will making the switch to solar power save you money in the here and now? 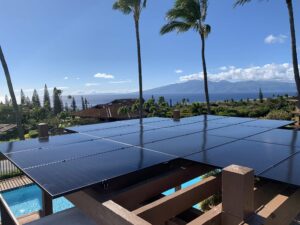 WikiWiki is practically salivating to study your current electric bill to get an idea of how much you stand to potentially save by switching to clean, renewable solar-powered energy for your home. As you might have heard, Hawaii currently struggles with some of the highest energy costs in the entire United States. Don’t believe it? Take it from Hawaiian Electric themselves:

“Electricity prices in Hawaii are generally higher than on the U.S. mainland due to the cost of imported oil used to power many of the islands’ generators. The fluctuation in the cost of fuel is the biggest driver. Fuel and purchased power make up roughly half of a typical bill.

Our isolated geographic location also contributes to the higher cost of electricity because we don’t have any nearby utility companies from which to draw power in the event of a problem. So for system reliability, we must have reserve generating capacity and multiple distribution routes.”

In other words, Hawaii’s unique location relative to the mainland, combined with our nation’s ongoing dependence on fossil fuel-based technologies, equate out to island residents spending the ‘beaucoup bucks’ each and every month for their home energy needs, with no end in sight!

In Maui County, the average cost per kilowatt hour (kWh) in cents was 33.32 for residential properties in 2020, clocking in at 35.43 for our friends on Moloka’i and 36.41 for our pals on Lana’i. By way of comparison, the average cost of electricity in cents per kWh ranges anywhere from 8.87 to 21.70 cents over on the mainland, tallying to an overall average of 12.85 during the same period in 2020! Extrapolating this information across the average amount of energy usage for homes in Hawaii makes it easy to see how your monthly energy costs can begin to strain the household budget.

As we have been proud to report within the digital pages of this blog, renewable solar energy continues to make strides in its adaptability and usage across our state and across the nation. According to the Solar Energy Technologies Office (SETO), the solar industry has continued to evidence tremendous progress in the advancement and overall efficiency of photovoltaic technology: they recently set a new goal for the year 2030 for baseload power plants and macro grids to reach 5 cents per kWh of power from solar!

So when it comes to addressing the question of whether or not solar energy can save you money, the answer is a resounding yes. We’re standing by to help you every step of the way and would be honored to make you a part of our solar ‘Ohana. Give us a call today so that we can take a gander at your current electricity bill and get started on saving big!