There’s a lot of excitement these days about the potential of renewable energy resources, and rightfully so: the ever-increasing costs of petroleum-based energy to both the economy and for the environment continue to escalate. According to the International Energy Agency, renewable energy is expected to comprise 30% of the world’s overall energy output by 2024, hip hip hooray! This is due, in no small part, to the ongoing investments, innovations, and proliferation of sustainable energy projects in both the private and the public sector, which are forecasted to continue their growth and adaptability over the coming decades. Today we’d like to take a bit of a deeper dive into the numbers to examine the exciting possibilities that renewable energy is continuing to deliver in three different sectors: electric vehicles, wind-based energy, and solar power. 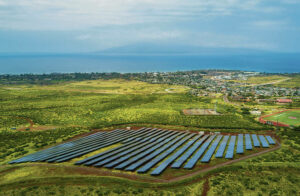 Driving towards the future

The numbers behind electric vehicles (EV) are truly getting better all the time – the share of electric vehicles has skyrocketed to nearly 25% of all vehicles in usage last year, and ongoing improvements in their overall battery capacity and storage systems continue to astound: newer models are predicted to hold a charge longer than ever before, and brand new charging stations are increasing the speed at which they can deliver a charge to EVs to keep them on the road longer (you might have read something about this here!). Additionally, according to the American Lung Association, a forecasted changeover to an all-electric vehicle fleet would contribute over $72 billion (with a b!) in avoided health harm costs and other expenses related to the ongoing pollution and health detriments associated with petroleum-based technologies, saving over 6,000 lives in the United States alone.

A change is coming

Ongoing advancements in wind turbines have also contributed to a decrease in the overall costs of energy; what’s more, new projects currently account for annual investments of over $10 billion in the US economy, providing new jobs and clean energy at an ever-increasing rate. Onshore wind capacity is expected to grow by 57% by 2024, all the while keeping costs relatively low due to ongoing competition across the marketplace. Furthermore, the Office of Energy Efficiency & Renewable Energy forecasts that wind power will become a viable electricity resource for all 50 states by 2050 – supplying a strong economic driver of renewable, affordable energy and employment for years to come.

Shedding some light on the subject

Oh, and lest we forget…solar is most definitely helping to lead the charge into the 21st Century! That’s right, photovoltaic (PV) systems are a major part of lowering future energy costs in the Aloha State and abroad. Solar energy is predicted to account for 60% of the overall renewable energy growth in the coming decades, while its expenditure costs are expected to decline a further 15 to 35% by 2024. With so much excitement around the future of renewable energy and solar-powered technologies, now’s the time to get in the game: give us a ring and see just how much solar can do for you, for the environment, and for your pocketbook. Aloha!